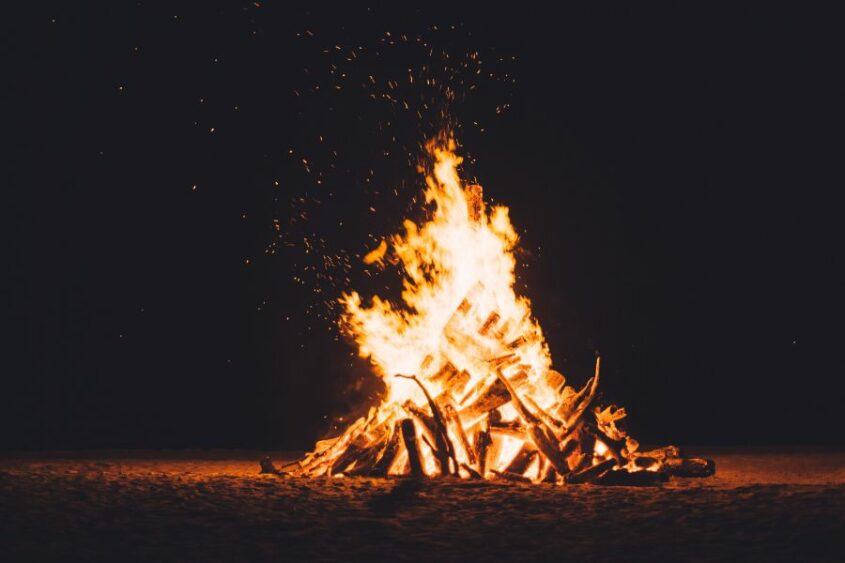 Why Choose A Fire Name For Your Baby?

Fire is powerful. It also symbolizes passion, energy, and warmth. So, it isn’t surprising that some parents choose fire names for their babies.

We’ve prepared this list of 225+ hot baby names that mean fire and fiery things for your little one.

Most of these names mean fire or flame, but we also include fire-related things, including fire starters (such as lightning) and celestial bodies that are “on fire” (e.g., the sun and the stars).

Let’s take a look at the meaning and origins of these fire names below.

Fire Names Starting With A

Some names that start with A:

Fire Names Starting With B

Fire Names Starting With I

Fire Names Starting With U

You can also pick fire names for your baby based on the following categories:

The Most Popular Names That Mean Fire

Other Fire-Related Names For Girls

Other Fire-Related Names For Boys

What’s A Good Name For A Fire Dragon?

Tips When Choosing A Fire Name For Your Best

There are plenty of names that mean fire. Here are tips to help you find the right fire names to suit your little one:

It’s always good to check the name meaning, especially if you’re picking a name from a language you aren’t familiar with. This helps save your child from future embarrassment.

Some names have different spellings but the same meaning. For example, the popular fire name “Aiden” (little fire) can also be spelled as “Aidan,” “Egan,” “Edan,” “Hagan,” and “Ahdán.” You can pick the variant that you like best.

Name trends vary, so some names might be popular for just a short time, while others are considered classics that remain among the top choices even after decades (centuries or even millennia).

For example, Bridget, the name of the ancient Irish goddess of fire, remains a popular choice even in modern times.

Some last names, such as fire name “Tyson,” have also become common options as first or middle names.