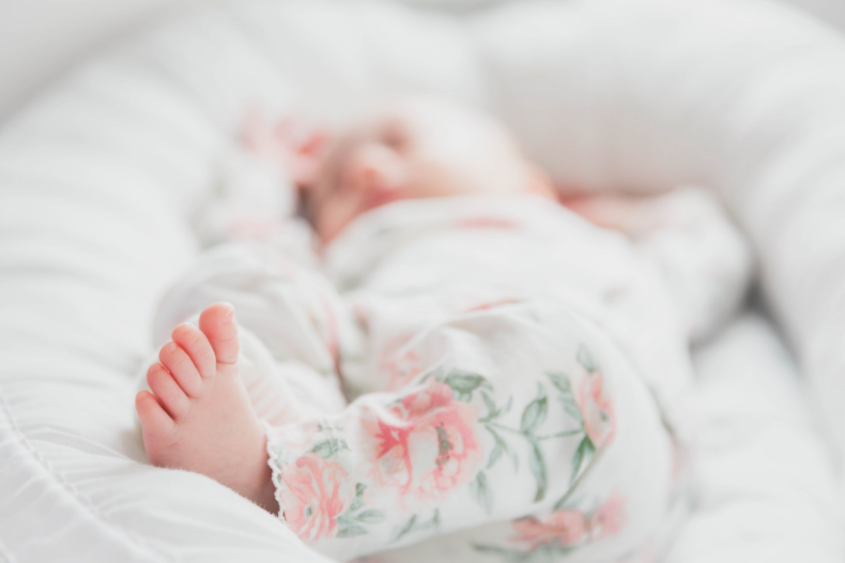 How Many Deaths Have Occurred Related To Inclined Baby Sleepers?

What’s alarming is that these sleep products are still being sold and are popular as baby registry items or nursery furniture. (2)

In March 2022, the US Senate passed the “Safe Cribs Act” that bans the production, sale, and distribution of all crib bumpers and infant inclined sleepers (sleep surface incline greater than 10 degrees). (3)

Are Inclined Sleepers Still Being Sold & Why?

Unfortunately, yes. The safety law mentioned above will take effect in mid-2022. The brands are still free to sell these dangerous sleep products until then.

Based on the Congressional Committee’s investigation, the CPSC doesn’t have adequate regulatory or enforcement powers to prevent dangerous products from being released. (2)

They also pointed out the lack of oversight of consumer products, particularly those intended for babies and children.

Sleep positioners are baby products that manufacturers claim can keep your baby in a particular position while sleeping:

An inclined baby sleeper is a sleep positioner designed to have a 10 to 30-degree incline. It keeps your baby’s upper body slightly elevated.

Why Are These Sleeper Products Popular?

Clever marketing strategies could be the reason behind the popularity of these sleep products.

The Rock ‘n Play inclined baby sleeper was introduced and marketed in the US in 2009 as a product to reduce the risks of reflux. It quickly became popular. (1)

Many of these baby sleep products come with extra features, including built-in music players for soothing your baby with a lullaby, soft night light, and rocking features to lull your baby to sleep.

Some parents also mistakenly believe that they can relax and do things around the house because their babies are strapped to a sleeping device.

Sadly, many of these parents came back to find that their sleeping baby had moved into a different position, had suffocated, and was no longer responsive.

How Are Inclined Sleepers & Positioners Dangerous?

Many of the fatalities in these inclined sleep products were unrestrained on their backs. These babies were later found unresponsive and on their stomachs, already in a different position, or had fallen off the product. (5)

However, the restraints don’t appear to be the problem because several cases of infant deaths were of babies who fell over the side of these products, leaving the baby’s head hanging over the item or stuck even while restrained in the harness. (6)

How Are Babies Dying In Inclined Sleepers?

Another danger lies in babies’ inability to control their neck muscles. Placed at an angle, their head can roll too far to the side or forward, blocking the airflow in their airways.

Because they can’t move their heads back into the proper position, this can lead to strangulation or asphyxiation. (1)

Are Inclined Sleepers Safe For Babies?

No. Though still available for sale until mid-2022, inclined sleepers are unsafe for babies. Proof of that is the death of at least 94 infants and injuries or incidents involving 1,100+ others. (1)

No. Like inclined sleepers, these products can cause accidental asphyxiation.

Which Inclined Infant Sleepers Are Dangerous?

Regulators declared that all inclined infant sleepers are dangerous.

The CPSC (Consumer Product Safety Commission) asked the University of Arkansas for Medical Sciences through Dr. Erin Mannen, an Assistant Professor of Orthopedic Surgery and biomechanics researcher, to study the safety of these inclined sleep products. (2)

The study also indicated that none of the tested products were safe for babies. All can increase the risks of SIDS (sudden infant death syndrome). (2)

However, this product alone would be linked to at least 50 infant deaths, yet the company continued to sell the item and earned over $200 million in revenue. (2)

The Congressional Committee revealed that Fisher-Price only recalled some of its dangerous infant sleep products after the CPSC mistakenly sent data to Consumer Reports about the infant deaths without redacting the names of the brands involved. (2)

Around 4.7 units of the Rock ‘n Play Sleeper were recalled in April 2019, but these weren’t the only inclined sleepers recalled or pulled out by manufacturers due to safety concerns. (7)

The recalled inclined sleepers include the following:

SIDS (sudden infant death syndrome) is among the leading causes of infant death, according to the AAP (American Academy of Pediatrics). (8)

The AAP released the following Safe Sleep recommendations to reduce the risks of accidental infant deaths: (8)

IMPORTANT: Always check for safety recalls or ask your pediatrician before buying any baby sleep product, especially from garage sales and second-hand shops.

What To Do With Inclined Sleepers & Crib Bumpers

It’s estimated that one in three families in the US own an inclined sleeper, crib bumpers, or similar products. (1)

If you’re one of them, stop using the item for unsupervised sleep immediately.

Check with the manufacturer if they’re willing to provide a refund of your purchase.

The Fisher-Price Rock ‘n Play inclined sleeper was marketed to reduce reflux and make babies sleep better. However, the high number (50+) of infant deaths in this product shows that this inclined position can be dangerous to your little one. (2)

Is It Okay To Sleep On An Incline?

No. Babies shouldn’t sleep on an incline because this position can lead to asphyxiation, especially when they’re still unable to control their neck and head. 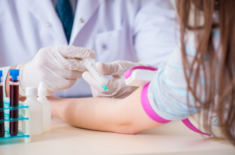 How To Get A Blood Pregnancy Test When You Need It 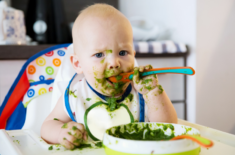 Can I Start Baby-Led Weaning At 7 Months? Here’s Everything You Need To Know 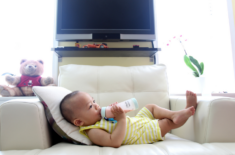 The Best Formulas For Reflux And Gas: Which One To Choose For Your Baby 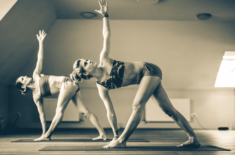 Hot Yoga While Pregnant: Why Studies Suggest You Should Avoid It 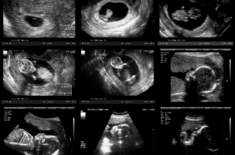 Stress During Pregnancy: Here’s How It Can Impact Your Growing Baby