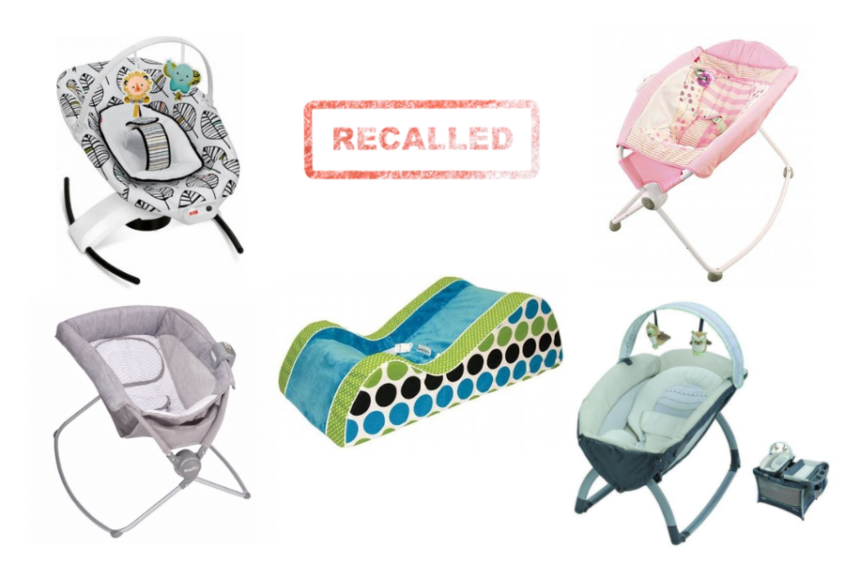 According to Consumer Reports, the number of infant deaths has increased to a total of 94 infants in 2021. Still, companies continue to sell these dangerous infant sleep products, raking in millions of dollars in revenue each year. (2)

The 2021 investigation of infant deaths in inclined sleepers by the US House of Representatives Committee on Oversight and Reform focused on Fisher-Price’s Rock ‘n Play, the first inclined sleeper in the market. (3)

According to the Committee, 50+ infants have died using the Rock ‘n Play since it was released in 2009, but the company continues to sell it, earning at least $200 million. (3)(4)

Based on their investigation, Fisher-Price reportedly: (3)

Fisher-Price disputed the claim, explaining that their products were designed and developed following safety analysis, medical advice, extensive research, and more than a year of review and testing. (4)

In 2019, Fisher-Price recalled around 4.7 million Rock ‘n Play sleepers over these infant deaths and safety concerns.

UPDATE: However, the Rock ‘n Play recall was reissued in January 2023 after at least eight more babies died following the 2019 recall. (more below) (5)

Several were also linked to safety issues, including an increased risk of suffocation.

In January 2023, US Kids II also reannounced its 2019 Rocking Sleepers recall after four additional fatalities.It was previously linked to 11 infant deaths. (more below) (6)

Learn more about sleeper recall advisories and some dangerous products to avoid below.

Fisher-Price and US Kids II reannounce the recall of their respective inclined sleepers over the death of more than 10 babies after the previous recall announcements they issued in 2019. Both reissued recalls were published on January 9, 2023. (5)(6)

However, Fisher-Price claims in the recall advisory that: (5)

Still, representatives from Consumer Reports slam the brand for its alleged failure to recover more than 90% of the recalled Rock ‘n Play Sleepers, which might have contributed to the additional fatalities after its previous recall in 2019. (7)

Like Fisher-Price, Kids II also issued its inclined sleeper recall in 2019, yet four additional fatalities have been reported. (6)

These additional fatalities bring the Kids II death toll to 15. (6)

According to the recall advisory, five infant deaths were attributed to Kids II Rocking Sleepers when the recall was announced in 2019. However, six other deaths also occurred before the recall announcement. (6)

The four additional fatalities reportedly happened after the first recall was announced. (6)

Also, like Fisher-Price, Kids II claims that they were unable to confirm the circumstances in some of the incidents or whether their Rocking Sleepers were involved. (6)

What To Do With Recalled Fisher-Price & Kids II Inclined Sleepers

If you have any of the two brands’ recalled inclined sleepers, stop using them immediately.

Infant sleepers are designed to have 10 to 30 degrees incline and were first marketed to calm babies’ reflux. Introduced in the US in 2009, it quickly became popular among parents worried about reflux and colic. (5)

However, the sharp angle can make your sleeping baby’s head more prone to rolling too far forward, blocking their airways and leading to asphyxiation.

Why Are These Unsafe Infant Products Still Sold?

According to the 2021 Congressional Report, the makers of Fisher-Price “ignored warnings that its product is unsafe,” and the CPSC doesn’t have enough regulatory or enforcement powers to protect consumers. (6)

The Congressional Report also revealed that Fisher-Price only issued the 2019 recall after the CPSC mistakenly disclosed data to Consumer Reports about infant deaths associated with the Rock ‘n Play. (6)

When Consumer Reports told the CPSC and Fisher-Price that it would go public with the data, the company reportedly recalled the Rock ‘n Play within a few days. (6)

This information angered the Congressional Committee who believed that if not for the data accident and Consumer Reports, Fisher-Price and the CPSC wouldn’t have done anything despite the many infant deaths. (6)

The “Safe Sleep for Babies Act” passed by the US Congress in June 2021 and Senate’s “Safe Cribs Act” passed by the Senate in March 2022 will ban the production, sale, and distribution of crib bumpers and inclined sleepers (with sleep surface greater than 10 degrees) for infants. (8)(9)

While waiting for this safety law to take effect, always check for safety recalls on the CPSC website or ask your pediatrician before purchasing any baby products, especially from second-hand shops and garage sales.

On June 3, 2021, Fisher-Price and the CPSC announced the recall of this product following four infant deaths. (10)

The babies were reportedly placed on their backs but unrestrained in this product. They were later found on their stomachs. These incidents happened from April 2019 to February 2020.

The following were included in the recall:

According to the recall advisory, around 120,000 units of this product were sold between January 2014 and December 2020 at mass merchandisers, including Target, Walmart, and Amazon.

Around 55,000 of these gliders were also recalled due to the infant fatalities linked to similar products (the Rock ’n Glide Soother recall mentioned above). (10)

There weren’t any fatalities with the Soothe ’n Play Gliders. However, these were also recalled due to their similar designs.

According to Graco’s voluntary recall advisory, they pulled out 51,000 sleepers due to infant fatalities linked to other manufacturers’ infant inclined sleepers. (11)

Graco clarified that only the baby sleeper accessories are recalled. Consumers can continue using the Playard and other accessories.

No injuries were reported for this Graco inclined sleep product.

The company clarified that only the sleeper accessories were included in the recall. Consumers can still use the bassinet without the accessory.

There weren’t any injuries reported for these Kolcraft recalled products.

Around 5,900 inclined sleepers of different Delta Enterprise Corp. products were recalled because of the infant fatalities linked to similar products. (13)

These Delta products were recalled to prevent suffocation risks: (13)

Around 1,100 units of Evenflo Pillo Portable Napper (model number 12132125) were recalled because they didn’t meet Canada’s regulations for bassinets, cradles, and cribs. (14)

Around 111,000 inclined sleepers were recalled due to infant fatalities linked to similar products from other brands. (15)

Around 46,300 SwaddleMe By Your Bed Sleepers (model number 91394) were recalled due to baby fatalities linked to other brands’ inclined sleepers. (16)

Although there weren’t any injuries reported for this brand, Summer Brands issued this voluntary recall due to their similar designs.

Around 24,000 inclined sleepers were recalled due to infant fatalities from similar products. These models were affected: (17)

Around 71,000 inclined sleepers were recalled due to infant fatalities from similar products. (18)

No injuries were reported for this product.

Around 694,000 sleepers (various models) were recalled after some of the company’s sleepers were linked to five infant fatalities. (19)

These infants rolled from their backs to their stomachs while using the sleepers unrestrained.

Here’s a list of the affected models, with their model numbers: (19)

About 4.7 million of these sleepers were recalled in the US due to 30+ reported fatalities of babies rolling over while unrestrained or in other dangerous circumstances since the Rock ’n Play was introduced in 2009. (20)

Consumers were told to immediately stop using the product and contact Fisher-Price for a refund.

Health Canada told parents to stop using the product for naptime and overnight sleep immediately. Still, the government agency clarified that they weren’t aware of any danger associated with this item when used for supervised playtime or soothing. (21)

According to the recall advisory, the company hasn’t received any reports of infant injuries or deaths related to its use in Canada. (21)

These recalled items were sold in Canada from December 2009 and February 2011 by Mattel Canada, Inc. but may have also been sold through unauthorized third-party sellers after these dates.

Around 165,000 inclined sleepers were recalled after five infant deaths were linked to these products. (22)

Four babies reportedly died while using the Nap Nanny Generation Two recliner and a fifth one died in the Chill model. A sixth death was reported in 2014 (after the recall). (22)

Aside from these deaths, the CPSC also received at least 92 incident reports of babies hanging and/or falling over while using these products, restrained or unrestrained. (22)

The CPSC filed an administrative case against the company, which was no longer in business and, thus, not accepting product returns. (22)

In response to the manufacturer’s lack of response to refund the items, major retailers Amazon.com, Diapers.com, Toys R Us/Babies R Us, and Buy Buy Baby offered to refund the affected customers who bought from their outlets. (22)

Fisher-Price voluntarily recalled these sleepers for inspection in cooperation with the CPSC due to reports of mold developing between the metal frame and the removable, washable fabric cover. (23)

Fisher-Price explained that this could happen if the sleeper isn’t cleaned regularly or remains wet and moist with continued use. The sleepers in retail stores weren’t included in the recall.

How to Prevent Sleep-Related Injuries

According to the AAP (American Academy of Pediatrics), SIDS (sudden infant death syndrome) is among the leading causes of death in infancy.

For safety, it’s best to let babies sleep flat. If they’re inclined to sleep, their head can pitch too forward, leading to asphyxiation because they can’t control their neck muscles yet.

Incline bassinets aren’t safe for sleeping. Although they can be used for supervised play, the new safety law bans their production and distribution to reduce the risks of babies sleeping and suffocating in these products.

Like the incline bassinets, they’re safe for supervised use. Unsupervised babies can accidentally suffocate or fall off the product. 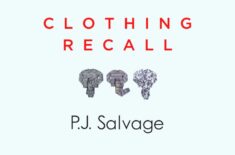 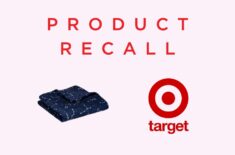 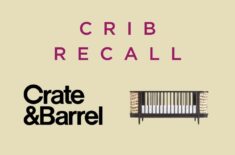 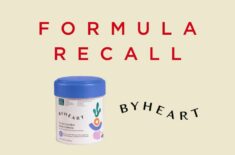 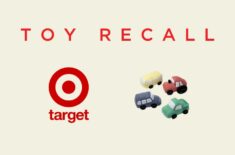