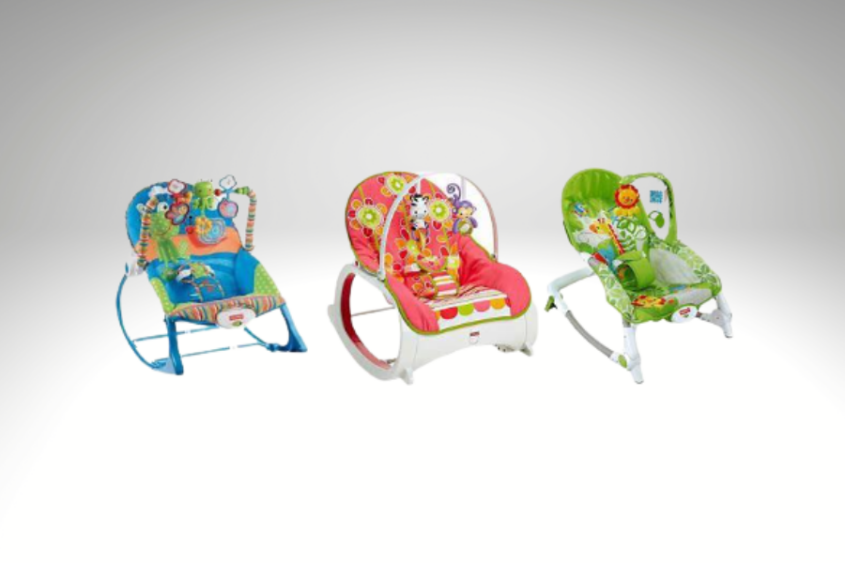 Despite this, neither the CPSC nor Fisher-Price issued a recall on the rockers.

Instead, they issued a safety warning to remind parents against using these rockers for unsupervised babies. Parents are also warned against letting their babies sleep in the rockers.

But is that safety warning really enough? What is the government doing to reduce the risks of infant deaths in inclined sleepers, rockers, swings, soothers, loungers, and similar baby products? Can newborns use these rockers when supervised?

Find answers to these questions below.

According to the safety alert, the brand has sold over 14 million rockers worldwide since the 1990s. These rockers are made by Fisher-Price, a subsidiary of Mattel. The products are also sold on Mattel’s online store.

These vibrating rockers are designed to soothe babies and also include a removable toy bar for playing. Then, these rockers convert into toddler rocking chairs for older babies.

This convertible product can also be used for stationary seating using the fold-out kickstand.

Unlike the equally dangerous Fisher-Price Rock ‘n Play inclined sleeper recalled in 2019 for links in at least 30 infant deaths, the convertible rockers mentioned above aren’t marketed for sleeping.(2)

However, the online listing for these rockers on Mattel’s shop doesn’t show any safety warning against putting your baby to sleep in these baby gear as of press time.

Instead, in the safety alert, Fisher-Price encourages parents to visit their Safe Start website for safety information, tips, and safety videos. The page includes a link to the CPSC safety alert.

This Safe Start website also contains information about the latest ASTM-approved* safety warnings for the rockers, including a suffocation hazard warning against unsupervised use or sleeping. (3)

According to the safety warning, babies should be removed immediately from the product and transferred to a firm, flat surface if they fall asleep. (3)

In light of the infant deaths relating to inclined sleepers, rockers, and similar baby products, the CPSC finalized a rule requiring all infant sleep products to only have 10 degrees or less sleep surface angles. (1)(4)

This new rule doesn’t apply to products not marketed for sleeping, such as car seats and swings. (4)

However, the CPSC reminds parents against letting their babies sleep in any of these products, saying that a flat, bare surface dedicated to the baby is the safest place for them to sleep. (4)

In this ruling, the CPSC pointed out that at least 254 incidents, including 21 fatalities, have been reported between January 2019 and December 2020, relating to infant sleep products. (4)

CPCS Commissioner Richard Trumka calls on Congress to immediately repeal the Gag Rule that blocks them from quickly issuing warnings against unsafe products to prevent further loss of life. (5)

In a statement, the commissioner revealed that the Gag Rule delayed their Fisher-Price safety warning to the public by two months because they still need to first seek permission from the product’s maker before issuing any safety warning. (5)

Trumka hopes the Gag Rule will be repealed soon so that the CPSC can immediately issue timely warnings to remove hidden dangers from people’s homes.

He expressed gratitude that the Safe Sleep for Babies Act was passed by Congress and signed by President Joe Biden. It bans inclined products regardless of whether they are intended and marketed for sleep.

However, Trumka explained that the CPSC still needs to determine whether the Fisher-Price convertible rockers will fall under this ban. (5)

The commissioner also revealed that aside from the 13 infant deaths in the Fisher-Price rockers, they’re also alerting the public about one fatality associated with Kids II Bright Starts Disney Baby Minnie Mouse Stars & Smiles Infant to Toddler Rocker. (5)

To ensure babies’ safety while sleeping, the joint safety alert from the CPSC and Fisher-Price recommends the following in your nursery: (1)

Can Newborns Use Fisher-Price Rockers?

Yes. The Fisher-Price rockers are designed for use from birth until your baby weighs 40 lbs.

At What Month Can A Baby Start Using A Baby Rocker?

They’re designed for use from birth. So, you can start using a baby rocker anytime.

However, take note of the safety warnings above. Don’t leave your baby unsupervised or let them sleep in the rocker.

Why Was The Fisher-Price Rocker Recalled?

It’s the Fisher-Price Rock ‘n Play inclined sleeper that was recalled in 2019 for links to over 30 infant deaths after babies rolled over while they were unrestrained in the product or under other circumstances. (2)

What Kind Of Batteries Does The Fisher-Price Infant To Toddler Rocker Take?

You need one “D” (LR20) alkaline battery to operate the vibration mode for the rockers.

How Do I Convert My Fisher-Price Rocker To Toddler Chair?

First, remove the toy bar from the rocker. 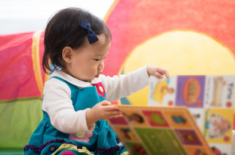 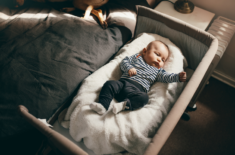 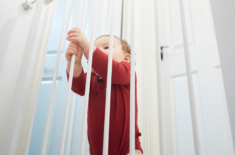 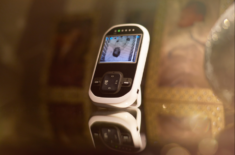 The Top 6 Baby Monitors: What’s The Best Type To Choose? 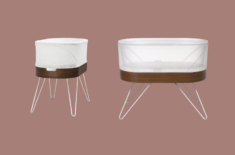