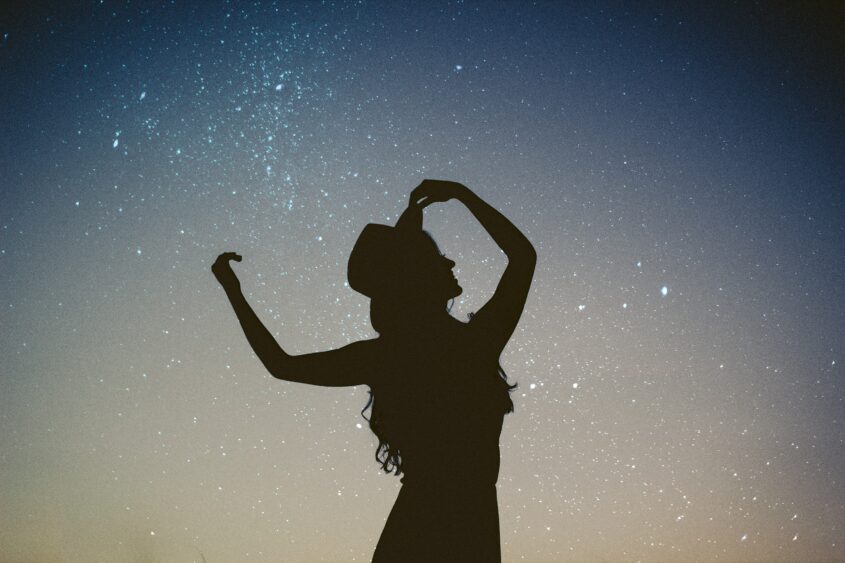 If we never experience the chill of a dark winter, it is very unlikely that we will ever cherish the warmth of a bright summer’s day.

Nothing stimulates our appetite for the simple joys of life more than the starvation caused by sadness or desperation.

In order to complete our amazing life journey successfully, it is vital that we turn each and every dark tear into a pearl of wisdom, and find the blessing in every curse.

We live in a world of duality – black and white merging into gray.

In order to live in harmony with Nature’s rhythms and universal flow, it benefits us to see both sides of things.

Eastern philosophy, and Taoist (or Daoist) wisdom, in particular, reminds us that balance isn’t static but rather it’s an interplay of a complementary opposition of contrasting forces.

What does that mean?

If you look around you you’ll notice all sorts of patterns.

Can you hear things far away?

Can you hear things close by?

Patterns in life are formed by contrasts.

You know what cold feels like because you’ve felt hot.

You know what sweet tastes like because you’ve tasted salty.

For the Taoist and in classical Chinese medicine and philosophy, the health of the human body (and mind) is dependent upon this balance of complementary opposing forces.

The principle of yin and yang has its origins in ancient Chinese wisdom, but the idea of complementary opposite forces is universal.

When we learn to apply this concept to our lives we experience mental, emotional, and physical well-being and we thrive.

Not honoring this concept often leads to suffering, frustration, anxiety, fear, depression, and even dis-ease in the body… 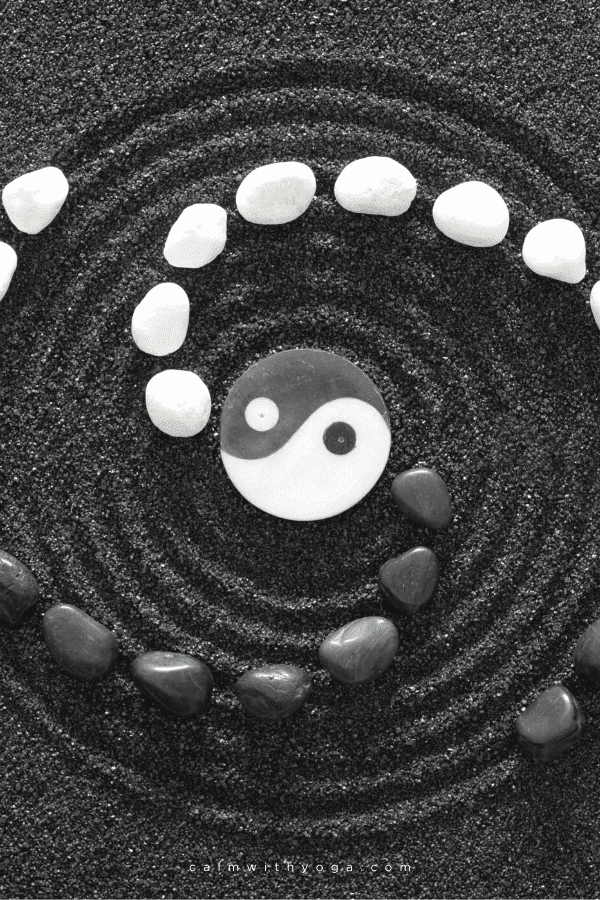 The Tao (Dao) is the tranquility found in the center of all events, and the path leading to the center.

There are two sides to reality – black and white.

According to the concept of Yinyang, there’s a white dot in the black and a bit of black in the white so really reality is neither black nor white but actually gray.

Taoism (and ancient Chinese philosophy) sees this gray as the middle or center.

Living in the gray (or living in the center) is the way to increase inner calm, mental clarity, self-compassion, deep inner knowing, and physical healing.

The balance of yin and yang and its duality is at the core of other Chinese practices such as martial arts, t’aichi, qigong (chi kung) and has also appeared in sacred texts such as the I Ching (the Book of Changes). 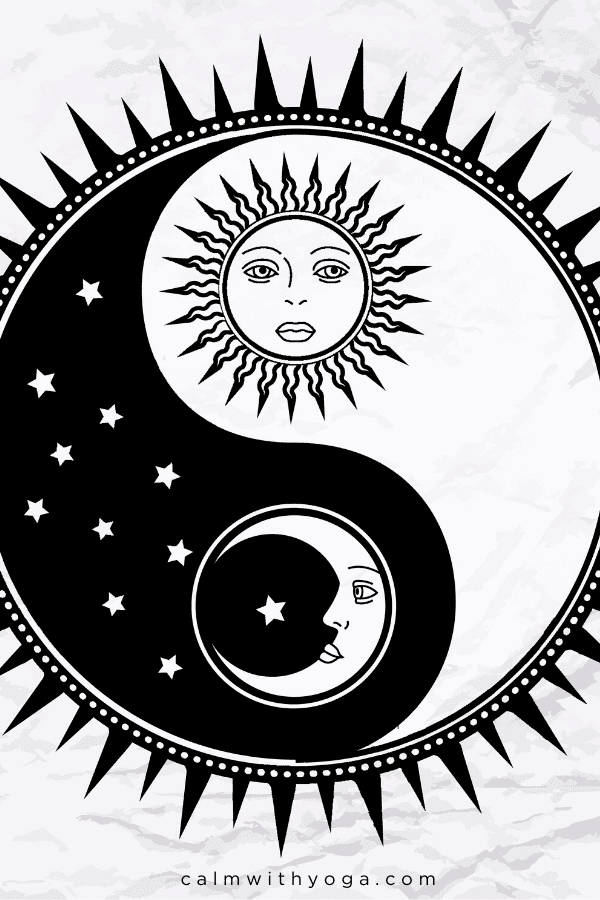 They blend their life breaths in order to produce harmony.

We each have both of these complementary opposites within us.

Our lives are filled with manifestations of yin (female principle) and yang aspects (masculine principle).

In Chinese and Yogic Philosophy, the two polarities represent other things:

This inseparable and interpenetrating relationship is reflected in the form of the Yin-Yang symbol.

The small dots within each of the two energies (represented by black and white) symbolize that there is always some Yin (black) within Yang (white) and vice versa.

No matter where you bisect the diameter of the whole circle, each half will always contain some Yin and some Yang.

Nothing is absolute with Yin and Yang.

The designation of something as Yin or Yang is always relative to some other thing.

For example, day is Yang, yet within every day is a Yang part—the early morning, and a Yin part—late day, as it begins to turn to night, which is Yin.

Complementary opposites give rise to one another and are the two sides to the same coin.

They cannot exist without each other and contain bits of each other.

This means that there is no benefit without a drawback and no drawback without a benefit.

There’s no loss without a gain and no gain without a loss.

If you deem something as “good” do remember there’s also “bad” in the “good” and “good” in the “bad.”

If we can honor this concept and learn to apply it to our lives we’ll greatly reduce a lot of our own self-created suffering, pain, disappointment, resentment, regret, and irritation.

Suffering, disappointment, and resentment come from seeing reality as black or white.

Healing, transformation, inner calm, clarity, inspiration, and gratitude come from seeing reality as simultaneously both black AND white – or gray.

How Yin-Yang Principles Apply To Your Body & Health: 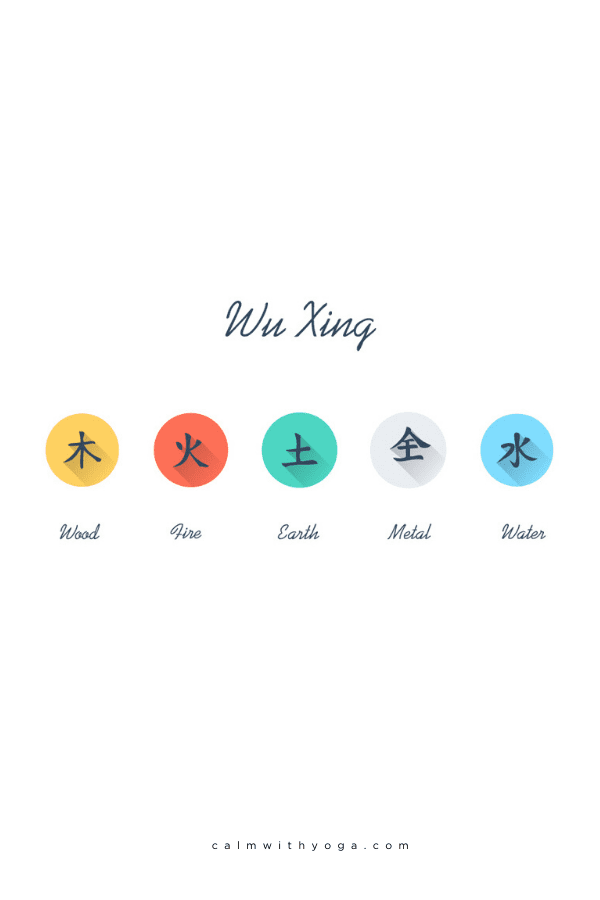 In Chinese Medicine, a common complementary principle to Yin-Yang is called Wu-Xing or the Five Elements or Five Phases theory.

According to the Traditional Chinese Medicine World Foundation:

The Five Elements are a comprehensive template that organizes all natural phenomena into five master groups or patterns in nature.

Each of the five groups—Wood, Fire, Earth, Metal, and Water—includes categories such as a season, a direction, climate, stage of growth and development, internal organ, body tissue, emotion, aspect of the soul, taste, color, sound…

The Five Elements include the internal organs and the interconnected relationships between them.

Traditional Chinese Medicine views all things as being interconnected via intelligent, coherent patterns.

In this paradigm, our mental-emotional states and moods affect our physiology because specific emotions are related to corresponding organs.

The Ying-Yang of Your Gut:

Another way complementary opposition is evident in your body is via the Gut-Brain Axis.

Did you know you have a brain in your gut?

It’s called the Enteric Nervous System and it’s often referred to as the ‘second brain.’

Your gut-brain is in constant two-way communication with your head brain.

Your gut-brain is intelligent and senses things based on an instinctual model.

This can be seen as the gut’s version of Yin-Yang at work.

Gastroenterologist and author of ‘The Mind-Gut Connection,’ Emeran Mayer, MD explains it like this:

In Chinese philosophy, the concept of yin and yang describes how opposite or contrary forces can be viewed as complementary and interconnected, and how they give rise to a unifying whole by interacting with each other.

When applied to the brain-gut axis, we can view our gut feelings as the yin, and gut reactions as the yang.

Just as yin and yang are the two complementary principles of the same entity— the brain-gut connection— both the feelings and the reactions are different aspects of the same bidirectional brain-gut network that plays such a crucial role in our well-being, our emotions, and our ability to make intuitive decisions.

Effective stress management, meditation, and nutritional interventions can all help to balance out yin-yang energies in the gut.

The Ying-Yang of Your Nervous System:

We can also see this principle at work with the branch of our nervous system called the Autonomic Nervous System (ANS).

Your ANS is closely connected to your mental/emotional states and moods too.

It also regulates many of your vital functions such as breathing and heart rate.

Your ANS has two branches: 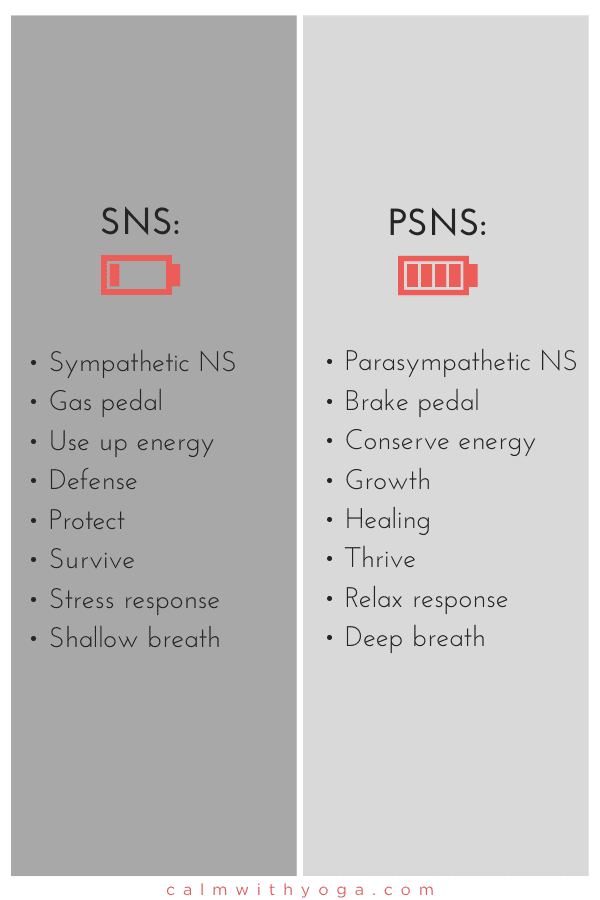 The Sympathetic Nervous System (SNS): acts like the gas pedal that revs you up and initiates the stress response. (yang)

The Parasympathetic Nervous System (PSNS): acts like a brake pedal that slows you down and initiates the relaxation and healing response. (yin)

If the SNS is overactive, the PSNS is underactive and vice versa because both are intricately tied to each other.

Since most of us tend to be stressed out and overwhelmed, we tend to have overactive yang energy.

We need to focus on increasing our PSNS or yin energy to balance out our nervous system, mood, and mind.

– yin yoga (where poses are held in stillness for longer periods of time as opposed to dynamic flows and constant moving sequences.)

We lose approximately 50-100 hair strands each day. If you’re experiencing more hair loss than that, then essential oils...