Pilates vs Yoga: These Are The Key Differences 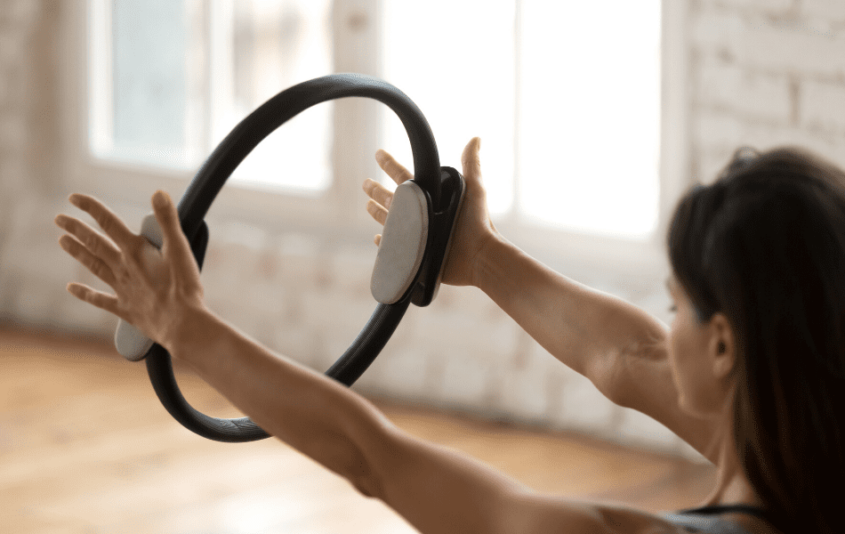 Pilates and Yoga have both taken the fitness world by storm in the last 50+ years.

Each practice has drawn its fair share of fans who swear by one or the other.

At first glance, it may seem that both are very similar, but are they?

Let’s have a closer look at the main differences that set these two fitness practices apart.

The biggest overarching difference between Pilates and Yoga is the end goal.

The goal of Pilates is to rehabilitate the body, strengthen the core (abdomen), and improve posture.

The goal of Yoga is to experience unity and connection, first within oneself and the body, and then with the rest of the world.

Yoga is much older than Pilates.

It’s an ancient practice dated as far back as 5,000 years with its origins in India.

Pilates is very focused on the physical body while Yoga is a mental/emotional/physical/spiritual practice.

In Yoga, we use the body to transcend the mind and reach the highest level of consciousness known as Samadhi.

Pilates is generally viewed as having two styles – mat pilates or pilates performed on the machines such as the Reformer.

There are many different styles of yoga, however.

Some are muscle-focused and fast-paced, like Ashtanga, Vinyasa, Power Yoga, and Hot Yoga.

Others are slower-paced and focus on the connective tissues, tendons, and ligaments, like Yin Yoga and Restorative Yoga.

While both use the breath as a practice tool, the intention behind it is different.

In Pilates, the breath is used to aid the muscles and provide them with oxygen and energy.

Controlled breathing in Pilates is done to help the core muscles contract during exercises.

Breath control (Pranayama) is a major focus in Yoga too.

Yogis use their breath to help calm down a racing mind, anxiety, and an overactive nervous system.

They can also use the breath to energize and wake the body up.

While both practices have a focus on working the physical body and the breath as a tool, Yoga has other focuses too.

Both practices are effective and beneficial for mental, emotional, and more importantly physical health.

Why should you have to choose between one or the other?

Why not practice both in a way that works for you?

One isn’t better than the other.

By practicing both you’ll increase your chances of getting the results you’re after and reaping all of the combined benefits.