Is Yoga A Sport? Or A Spiritual Discipline? 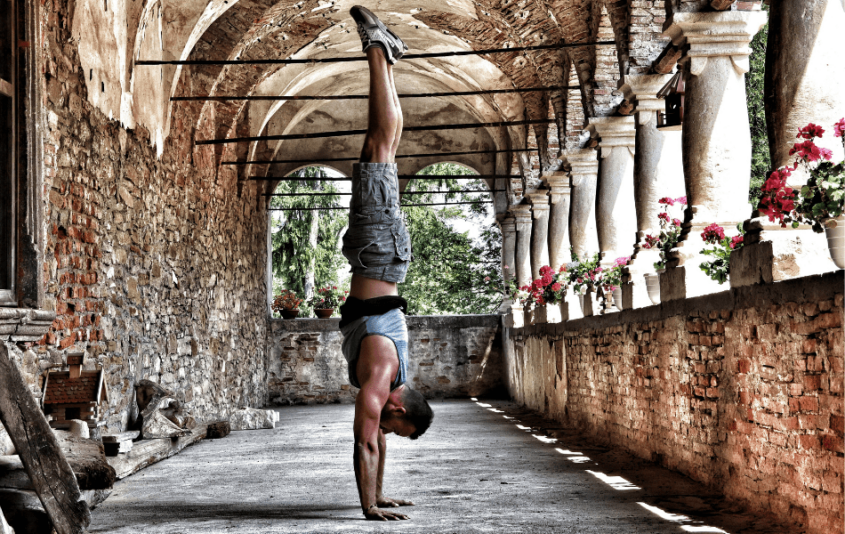 So what is yoga?

Can we consider it a sport?

The answer, it turns out, is a little bit more complex than a simple yes or no.

What is a sport?

The origin of the word ‘sport’ comes from the early 14th century Old French word ‘desporter’ which means ‘to amuse, please, play; to seek amusement’. (1)

The Global Association for International Sports Federations (GAISF), previously known as SportAccord, is the umbrella organization for all Olympic and non-Olympic international sports federations.

According to GAISF’s definition, the following items qualify if an activity is an actual sport: (2)

Here’s where things get tricky because there are a lot of differing opinions and misconceptions around the definition of yoga.

You’ll get different depending on who you ask.

This is a multi-faceted practice and it really depends on your end goal or main “why” for practicing.

Now, in its origins yoga is an ancient Indian practice dated as far back as 5,000 years.

At its core, yoga is a mental/emotional/physical/spiritual practice.

That’s what makes it unique.

In Classical Yoga, we use the body to transcend the senses and the mind in order to reach the highest level of consciousness known as Samadhi.

The Yoga Sutras of Patanjali, the oldest authoritative text on how to live the Yogic Path, outlines 8 limbs or stages of yoga, one of which is asana, the practice of physical poses.

Yoga according to modern asana players:

Even though yoga is a practice that’s thousands of years old, it’s really only become mainstream in the last 60-50 years.

Many of the teachers that are responsible for popularizing yoga and bringing it to the west appealed to influencers, celebrities, and authorities of the time by positioning yoga as an effective physical practice.

Westerners were very drawn to the physical effects of yoga and so in a manner of a few decades numerous yoga studios opened and many yoga styles evolved to cater to this growing demand.

Competitive yoga is a real thing in this camp, and if you ask anyone in it they will tell you emphatically that yoga can indeed be a sport!

This side of modern yoga culture even hosts regional and national yoga asana competitions.

Yoga according to traditional lineage teachers:

“Many people who start studying yoga by practicing asana continue to learn more poses until the only meaning of yoga for them is physical exercise.

We can liken this to a man who strengthens only one arm and lets the other one become weak.

Similarly, there are people who intellectualize the idea of yoga…

But they cannot sit erect for even a few minutes.

So let us not forget we can begin practicing yoga from any starting point, but if we are to be complete human beings we must incorporate all aspects of ourselves.”

– TKV Desikachar, The Heart of Yoga

According to Classical Yoga, focusing solely on the physical practice of asana means your practice is not complete.

As outlined in the Yoga Sutras, there are many more facets of practice other than the physical.

There are 17 points on the yogic path according to Classical Yoga:

Yoga is not to be performed; yoga is to be lived.

Yoga doesn’t care about what you have been; yoga cares about the person you are becoming.

Yoga is designed for a vast and profound purpose, and for it to be truly called yoga, its essence must be embodied.”

So, is yoga a sport? A spiritual discipline? A mind-body practice?

The answer is it can be all of the above.

It depends on what your end goal is.

It depends on your “Why” for practicing in the first place.

This is where you get to decide for yourself.

If you’re after more physical strength, flexibility, and stability and aren’t very interested in pursuing the rest, that’s totally fine.

If you’re more interested in Yoga as a lifestyle and philosophy, and the mental training of it but not so much on the “sports” side of it, that’s ok too.

Whatever you decide on, just check in with yourself and make sure it feels genuinely right for you.