Breath of the Gods is a documentary about the origins of modern postural yoga and the life of Tirumalai Krishnamacharya, who is considered the “Father of Modern Yoga.”

He’s the principal teacher credited for reviving interest in Hatha Yoga, aka the physical yoga.

Krishnamacharya taught several students who then became world-renowned yoga teachers themselves: B.K.S. Iyengar, Pattabhi Jois, and Indra Devi among others.

The film, which was released in 2012, was written by Marieke Schroeder and produced by Jan Schmidt-Garre.

The Evolution Of The Physical Practice of Yoga

100 years ago yoga wasn’t considered a form of physical exercise.

Yoga poses (asana) simply were not a point of focus in the typical yoga practice then.

Instead, Yoga was more of a philosophical tradition reserved mainly for scholars and monks.

B.K.S. Iyengar, one of Krishnamacharya’s star students who helped make yoga accessible to Westerners recalls how different things were in the early 1900s:

“In my early days, Yoga was an alien subject to the Indians also.

It was not respected by the scholars or anyone.

They were only interested in the philosophical aspect, but not in the practical aspect at all.

And there was a feeling that those who embrace Yoga, particularly in the early days, they may be mentally disturbed or they must have quarrels with their parents.

That was the imprint people had in those days, that Yoga was meant for those who are half-crooked or half-cracked people.”

According to Pattabhi Jois, the creator of the modern Ashtanga Yoga style and another advanced student of his:

“The people in those days knew nothing about Yoga.

Only a few old people or monks knew about it.”

During the 1920s the Indian Nationalist movement grew in popularity amidst increasing tensions between Indians and the ruling British Crown.

There was also a rising international interest in physical fitness.

All of these factors converged to revive interested in Hatha Yoga.

Handpicked To Teach Yoga To The King of Mysore

In the 1930s Krishnamacharya, a five-foot two-inch Brahmin (the highest caste in Indian society), was asked to give private yoga lessons to the Maharaja (King) of Mysore, India.

Impressed with Krishnamacharya’s abilities, the Maharaja founded a yoga school in the palace with the purpose of promoting the physical well-being of the community.

It was during his royal residency that Krishnamacharya created Vinyasa Krama Yoga, which merges breath with movement and unites one pose with another at a particular speed and repetition.

This Vinyasa style of asana has evolved into one of the most popular forms of physical yoga practice today. Most yoga studios in the West offer mainly Vinyasa-style classes.

Modern Physical Yoga Began As A Form Of Soldier’s Training

Krishnamacharya and his students would regularly perform demonstrations for the Royal Family after systemizing various disciplines and practices including ancient tantric practices, exercises performed by Indian wrestlers, European gymnastics, and even British Army calisthenics. The result was a physically demanding yoga likened to martial arts.

Sri TK Sribhashyam, Krishnamacharya’s youngest son explains it like this:

“The Maharaja was a very agile sportsman, so he wanted to have everyone very agile.

For that, my father modified the usual Yoga teachings that we know into something faster and more difficult.

Because, like soldiers, the Royal Family should always be agile and ready to fight.

We already had problems with the British Army, and all the Kingdom and all of India had to be always on alert.

That’s why my father gave the name Vinyasa Krama to the method where you link one asana to another and you do it at a particular speed.

So that these Royal youngsters learned to be faster.

Almost like in Martial Arts where you have to learn to be agile.”

When he was supposedly in his 20s, Krishnamacharya heard about a recluse yogi by the name of Rama Mohan Brahmacharya who lived in a cave in the Himalayas.

Krishnamacharya spent several years training with him and learned 3,000 poses and pranayama techniques from him.

According to his youngest son, Krishnamacharya developed such control and mastery over his body that he could voluntarily lower his heartbeat and even stop it for two minutes.

These three key students went on to play major roles in the Modern Yoga period and the spreading of yoga culture in the West:

Iyengar wasn’t just one of Krishnamacharya’s star students, he was also his brother in law as Iyengar’s sister was married to him.

Iyengar created what’s known as the Iyengar Yoga style, which is focused on proper alignment and balance and incorporates the use of props like chairs and ropes.

Iyengar played a key role in popularizing the physical yoga in Europe and the U.S.

His teachings live on through his writings and books such as “Light On Yoga,” “Light On Life,” “Light On Pranayama,” and “Light On The Yoga Sutras.”

Pattabhi Jois created the vinyasa style of yoga known as Ashtanga, which involves various sequences of specific poses that are paired with breath and deep concentration.

Indra Devi is referred to as “The First Lady of Modern Yoga” because after learning from Krishnamacharya she brought yoga to Los Angeles and made it popular amongst Hollywood starlets such as Greta Garbo.

She was Krishnamacharya’s only female student, and this was certainly noteworthy in the 1930s which was a time when Yoga was very male-dominated.

When Devi first approached Krishnamacharya to teach her Yoga he turned her away.

Since Devi was a friend and a guest of the Maharaja of Mysore, she used her charm to ask the Maharaja to speak to Krishnamacharya about teaching her yoga.

Krishnamacharya reluctantly agreed to teach her yoga upon the Maharaja’s request, which made her the first woman and the first Westerner to be taught yoga.

After some time training, Krishnamacharya then told her to go out in the world and teach what she had learned.

Other Notes On The Father of Modern Yoga

– He had a temper. Pattabhi Jois and B.K.S. Iyengar both recall Krishnamacharya was a tough teacher who would forcefully hit his students when they did an exercise wrong.

– All six of his children learned Yoga from him.

– He ate very moderately and instructed his students to chew their food until it was dissolved.

– It’s reported that every class of his began with a prayer or mantra. 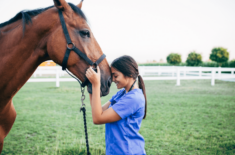 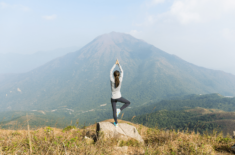